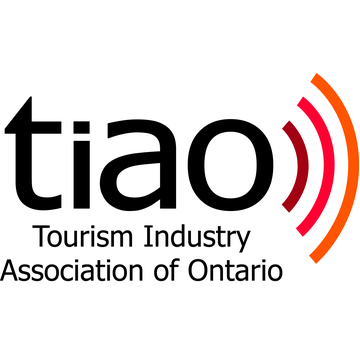 This week, I joined my colleague Carol Greenwood in Chicago at the Great Lakes Economic Forum held by the Council of the Great Lakes Region. It was an opportunity to further entrench our relationships with our neighbours and share ideas about economic development and sustainability. We heard from Chicago Mayor, Lori Lightfoot, about the importance of tourism to the region and from business leaders about their perspectives on how to respond to our labour crisis and where the opportunities for growth through collaboration were emerging. The Great Lakes region is an economic powerhouse, contributing towards $6 trillion in GDP and supporting fifty million jobs in Canada and the United States. TIAO will continue to work with CGLR to ensure that the tourism industry in Ontario can benefit from shared economic development.

However, whilst we were discussing further forms of collaboration and sharing best practice, devastating news was simultaneously released that the federal government intends to extend current border restrictions to September 30. Despite our G7 counterparts lifting their final health restrictions and obstacles to travel, the Canadian federal government has decided to go in a direction that will severely restrict our industry's ability to maximize the summer season and ultimately recover.

Only last week TIAO joined our colleagues from NOTO and Destination Northern Ontario to highlight the critical situation in Northern Ontario and our border towns as we called on the government to axe remaining obstacles to travel. These obstacles have led to over a $100 million in cancellations in Northern Ontario alone and despite this month’s increase in U.S. residents taking trips into Canada through land ports, the number of trips remains at half (50.8%) of the U.S. residents who arrived by automobile during the same month in 2019. We just can’t go on like this. However, the fight continues and next week TIAO is holding a meeting with Conservative Federal Tourism Critic, Michelle Ferreri MP, to discuss the situation in Northern Ontario and call for greater scrutiny on border decision making.

Last Friday we welcomed a new Minister to the newly renamed Ministry of Tourism, Culture and Sport in Minister Neil Lumsden. Since then, Sheref Sabawy was reappointed as Parliamentary Assistant to the Minister of Tourism, Culture and Sport and Laura Smith MPP has also been appointed as a Parliamentary Assistant to the Minister. Finally, we also have a new Deputy Minister in place as Nina Chiarelli takes over from Sarah Harrison. TIAO welcomes MPP Smith and Deputy Minister Chiarelli to their new roles and looks forward to working together for the benefit of the tourism industry.

Tomorrow is Canada Day and the TIAO office will be closed and reopening on Monday. However you spend the long weekend, I hope you are able to enjoy it with loved ones.